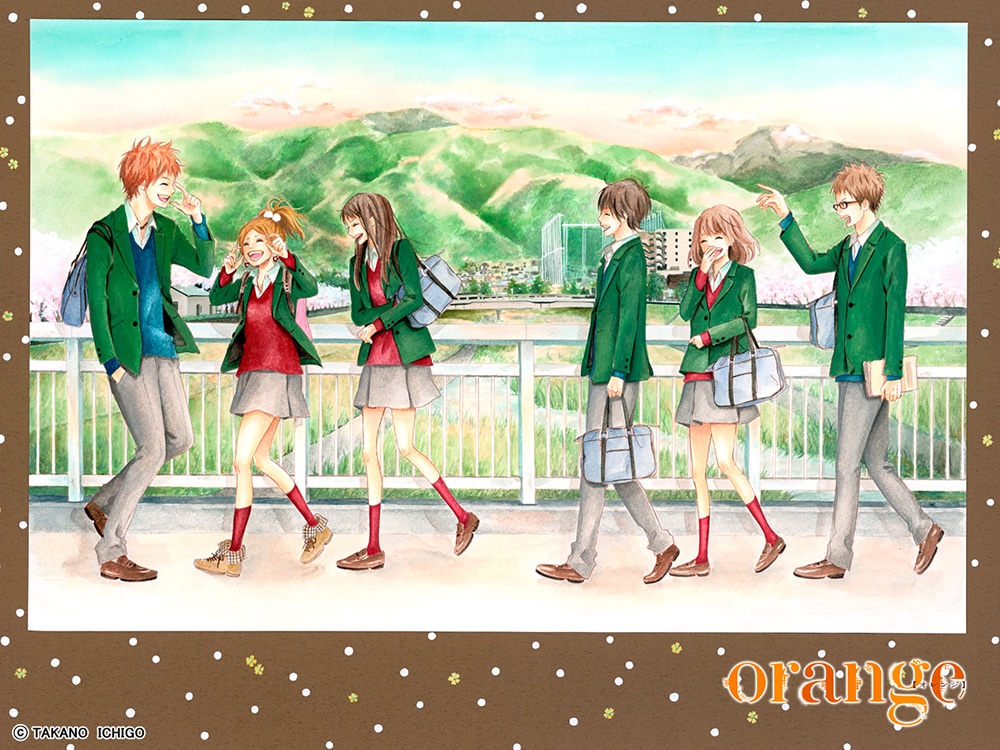 This little gem just recently ended, so I thought it was the perfect time for another review.

I love the artwork. None of that sparkly-eyed shoujo fluff, the artwork is reminiscent of more mature series such as March Comes in Like a Lion or Kuragehime but with a warm, fuzzy bent rather than the serious dark lines that intense josei like Nana has. It’s evocative and straight to the point. 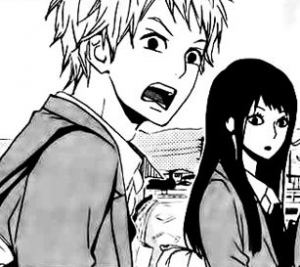 Background scenery is often removed altogether in favor of “mood” or atmospheric settings, e.g. cherry blossom petals, bubbles, stars, other patterns to set the mood. Even the text bubbles are often textured with different patterns to show the mood of the speaker… which often evokes wonderfully warm, fuzzy, or bittersweet feelings in the reader. This may not be appropriate for some series, but Orange is very much about people and the relationship between people (in fact that’s all it’s about!) and the style really enhances your experience of their interactions IMO. 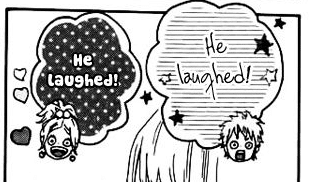 All in all a solid, mature, evocative style that isn’t flashy or unbearably beautiful, but takes you straight into the hearts of the characters and evokes corresponding feelings in you. Not a purely “visual” style like The Pale Horse, but a down-to-earth, character-centric style.

To be honest, a lot of this story is filled with cliche shoujo tropes. It hits most of the typical school life romance cliches (classroom interactions, love triangles, rooftop scenes, fireworks festival, school festival… etc) with the added twist of letters from the future. However, putting all of that aside, what makes this story so delightful is not the actual plot, it’s the execution. Takano Ichigo has a way with his characters that bring them very close to your heart, and it’s the small intricate interactions between the friends from day to day that make the series so enjoyable to read, NOT the setting or specific events.

The premise isn’t the most realistic, but it’s interesting, and the growth that emerges from it is fresh and lovable as well. Its pacing and actions are revealed in a way that genuinely feels believable, unlike many shoujo protagonists whose reactions/actions feel grossly exaggerated (“I resolve to be x from now on!” *transform* etc), and the knowledge of the future you have from the letters makes the internal debates in Naho’s head more interesting, because you’re just as invested in knowing how her actions may affect Kakeru and whether she can change the future, whereas typical shoujo monologues (“Will senpai like me?!?!”) can get old even if done well.

Be prepared to cry. The story skips from past to future, and the future that they are trying to change is a sad one.

This is a story about characters coming together and trying to change the future, so as expected there is character growth involved, particularly for protagonist Naho. A majority of the time it’s focused on developing Naho and Kakeru (with the one exception of Suwa, the friend/love rival), but with that said, the supporting characters are all intricately characterized when they do appear, and there is never the feeling of anyone being a “cardboard cutout” stereotype, not even the antagonists. For brevity I’ll include summaries of the 3 main characters below.

The main female protagonist. Shy and sensitive, she has a tendency to be overly nice and has a lot of difficulty saying “no” to the requests of others or admitting her own desires. This trait of hers also makes it difficult for her to convey her feelings properly without running away. She is naturally drawn to Kakeru and develops a crush on him, possibly because she can sense that he has a sensitive and thoughtful nature not unlike herself.

The new transfer student who comes to school. Shown to be quiet and perceptive, he spends the majority of the manga struggling with self-esteem and guilt issues over his mother’s death. The letters indicate that Kakeru eventually commits suicide to be with his mother, which his friends spend the entirety of the manga working to try and prevent. Despite being athletic and well-liked, he has a hard time sharing his troubles with his friends and tends to keep them to himself, likely because he blames himself and also because he doesn’t wish to burden anyone. Has a crush on Naho.

The opposite of Kakeru, he’s much more of a sunny outgoing type. He tends to be chatty and direct with his opinions but he’s also pretty aware of other’s feelings – for example, when all the friends are making inside jokes he’s the one that reminds everyone not to leave Kakeru out, and it’s likely he invited Kakeru to walk with them on the first day because he saw that Kakeru was all alone. A good guy that tries to take care of everyone in his own way. He also has a crush on Naho.

Orange was initially scanlated by the group Simple Scans. However, Orange went on hiatus at the end of 2012 (chapter 9) and did not resume until 2014, at which point Simple Scans also put Orange on hiatus and it looks like they never picked it back up. Crunchyroll has since scanlated all of Orange, although you must have a paid membership in order to read the whole series. 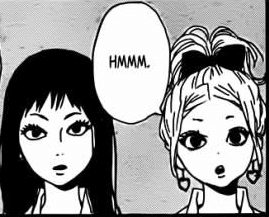 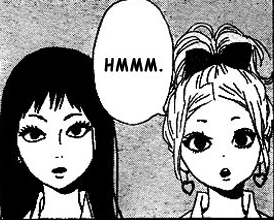 Some of the beginning chapters were also scanlated by other groups. Notably, bxsmanga and Colorful Scans collaborated on chapters 1-6, and a group named Day of the River also scanlated the very first chapter. While the translations of the bxsmanga and Colorful Scans collaboration are not too different from Simple Scans and they also do a good job with the sound effects in the bubbles, their scans tend to be more pixellated and not cleaned as well. It’s a bit of a pity, as I actually find I prefer their more bubbly fonts, which seem to mesh better with the overall tone of the manga. However, taking into consideration the quality and the fact that they only did 6 chapters, I would recommend going with Simple Scans for as far as you can if you are not willing to pay for the Crunchyroll version.

Orange has also been licensed by Seven Seas Entertainment, and the first volume is scheduled to come out on January 26th, 2016. Hurrah!

If you are a fan of the art style, March Comes in Like a Lion and Honey and Clover by Umino Chica both have similar art as well as similar serene, bittersweet pacing, although both stories are significantly longer than this one.

My Girl (Sahara Mizu) is similarly sweet and lovely but with stronger focus on adult problems (as opposed to young adult problems), as the story is about a single father raising a daughter he didn’t realize he had.

For more of a school life setting, both Taiyou no Ie and Sunadokei (also known as Sand Chronicles) have the similar dreamy feeling and are set in the high school setting. Although I have to warn you, while I love Sunadokei, it starts to drag in the drama in the later chapters.

Hiyokoi is another school-setting focused romance story, and in this case the main girl is very similar to Naho in her shyness. This story is all about cute, cute, and more cute.

For something fluffy but with an element of the supernatural/time travel, try NG Life.

If you really got interested in the time travel and the possibilities of time loops, parallel worlds… etc., try Murasakiiro no Qualia. One of the trippiest manga I ever read on this specific topic.

A wonderfully thoughtful, heart-warming little gem of a manga. Read if you are in the mood for:

Do not read if you are in the mood for:

Manga Review: Mushishi
Manga Review: Onani Master Kurosawa
Why did I start this blog?
Manhua Review: Lan Chi, Chapters 1 – 25
How to Find New Manga When You’ve Read It All