So this chapter is a bit of a breather from the Wytte family back to the kids. A lot more happiness in this chapter than we have had so far.

First things first, Dani changed her hair! She’s sporting two braids now and looks absolutely adorable in them. I think this signifies a new step of growth in her character, likely from her decision to try and overcome fate and find Prince William. The braids might be a nod to her mother as well, given that Angela wears a large fishtail braid most of the time.

Mark seems to have some new admirers! Nooo I shipped Dani and Mark back then! But it seems more and more that Dani is now getting paired together with Nico. 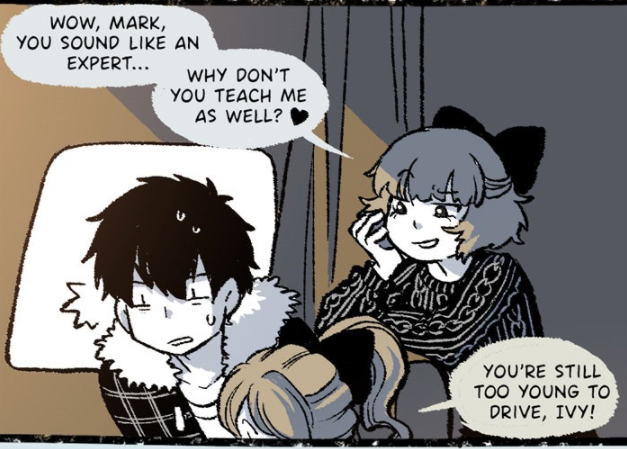 I know that there are a lot of Dani x Nico fans out there but I want to throw a hypothesis out there. What if Dani and Prince William fall for each other? Think about it! If Dani marries Prince William she will truly be the Queen, especially if she does so as the Queen of the Witches. It’ll be an ultimate symbol of unity amongst witches and humans, and together with Dorian x Monica (which is pretty much set at this point), the Wytte twins will have formed the ultimate unbreakable bond and become King and Queen respectively.

I know a lot of people are shipping Damien x William, but while Damien clearly has special feelings for him, I’m not positive Will sees him the same way. I’m also not positive Will is gay… he’s engaged to Monica, after all. 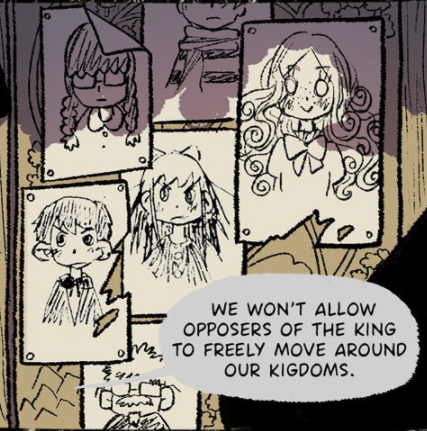 We get a sweet moment between Dorian and Monica where Monica wonders if she couldn’t have saved Alex. Dorian reaffirms the rules of this world, which is that no magic can bring back the dead. I’m willing to bet that there is forbidden magic that can do something similar, but in a twisted/warped way (i.e. they’re not actually alive) and comes at a messed up cost.

Anyway, we had our happy moments but things spell trouble ahead. If Dani truly has matured then I expect her to surprise us in the next chapter by handling the situation in a clever, unexpected way. I have to point out that the Wytte kids have a trump card which they have not been using which is that, well, they are Wyttes. Given that the Wytte family basically runs things around here nowadays I would expect that to give them at least some leverage. Secondly those drawings appear to have been drawn by a 5-year-old, so there’s also a chance that they won’t be recognized, especially with Dani’s new hairstyle.

Lastly, who is glasses girl on the wanted list? Is a new character showing up soon?