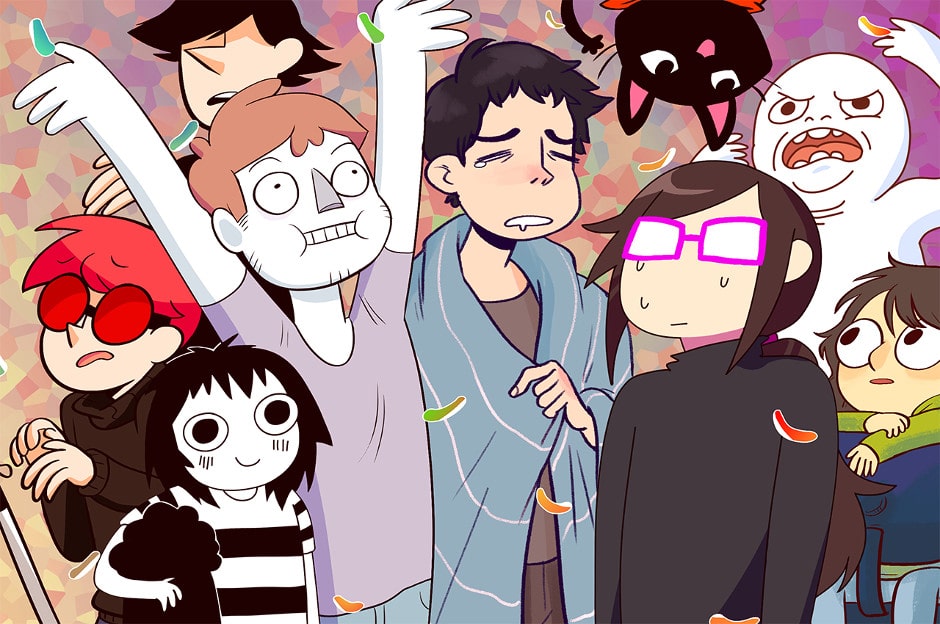 It’s a curious thing. Japan, the great-grandmother of all “manga” and Asian comic books today, is actually falling behind in the latest online trend: webtoons. Combining the English word “web” with “toon,” Korean slang for comics, the webtoon craze began in South Korea with large sites such as Naver and Daum, and has since taken hold like wildfire, with millions of viewers each day.

Let’s backtrack a bit and take a look at the history of comics in general to understand how this came to be.

A Brief History of Comics

The Boom of Manga Post-WW2 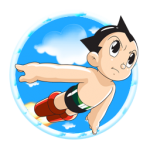 If you’ve studied history, you probably  know that Japan was a major participant of World War II, and also ended up losing the war miserably. Well, back then comics were still simple and similar to the newspaper comics we have today, and a lot of it involved political cartoons and/or other messages targeted at the general public, so during the war they were heavily censored by the Japanese government to ensure that all cartoon messages aligned with the image the government was trying to build.

After World War II, such restrictions were lifted and cartoonists were once again given free reign, which led to the explosion in the 1950s of comic books, starting from Osamu Tezuka’s hugely popular Astro Boy. 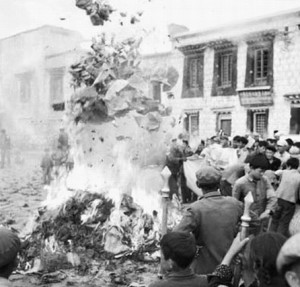 Book burning in the Cultural Revolution

If you study the art style, you’ll see that the style of drawing back then is still very similar to newspaper cartoons and 4-panel comic strips of today, but by the late 70s the styles have become much more refined, and the characteristic “sparkly eyes” of shoujo had already evolved.

So what was America and the rest of Asia doing? Well, Korea was busy with the Korean War, China was going through great upheavals and the Cultural Revolution, and the U.S. was caught up in the Cold War with Russia… all while Japanese economy boomed and enjoyed postwar prosperity. In addition, there was serious backlash in the U.S. demonizing comics as contributing to delinquency and corrupting youth, which resulted in heavy regulation of the comics industry that the U.S. is still recovering from today.

The Emergence of Webtoons 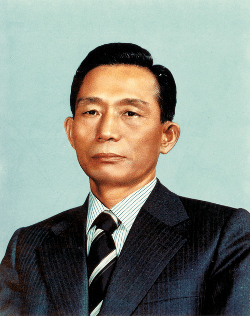 So what happened in Korea? In fact, while Korea was fighting the Korean War, those of you who are familiar with history will know that the Korean War only lasted 3 years before they reached the armistice agreement which has been in effect for over 60 years now. And as a matter of fact the comic industry did boom in postwar Korea much as it did in postwar Japan… until the violent overthrow by general Park Chung-hee in the 1961. Park established strict military rule with severe censorship of manhwa that lasted all the way until 1979, when he was assassinated.

That basically killed the Korean manhwa publishing industry, and it never really recovered. After the end of Park’s regime, young artists who did not have an outlet for their work began to express themselves by drawing comics to go with online essays, or drawing comic strips on their personal blogs, and in the early 2000s large portal sites Naver and Daum noticed this and added webtoon portals as part of their business model. Artists flocked to them, and it was only a matter of time from there.

Comics in the U.S. Today

So what’s up with the comics in the U.S. today? You might ask. As you might notice, comics in the U.S. are still mostly limited to MARVEL comics which are superhero focused, or children’s cartoons (e.g. Calvin and Hobbes). Popular webcomics such as xkcd and Cyanide and Happiness feature stick figures and are more about the message than any great feat of artwork.

On top of that, there is nearly nothing targeted at the female audience. One might think that after all those years, the U.S. would have caught up at least a bit, so why haven’t they?

Well, the short answer would be: they haven’t needed to. Yes, it’s true comics were stunted by the establishment of the now defunct Comics Code Authority back in the 50s, but remember that Hollywood was already on the rise back in the 1920s. Both Disney and Warner Brothers were established around that time as well, and Snow White had already come out in 1934. Remember all the Disney princesses? Female audiences don’t need comics to satisfy their entertainment needs, because they can get it from the film industry, which America is still leading by a great margin today.

I’m not going to go super in-depth in how webtoons work, but I do want to note that it’s vastly different from traditional manga publishing in Japan, where the author submits work to publishing companies in hopes of landing a contract and getting published in a magazine. 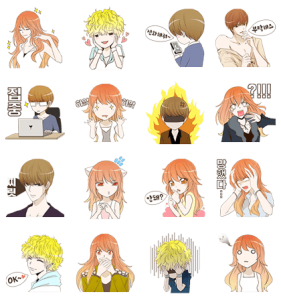 Since webtoons are posted on the internet, revenue does not come in through book/magazine sales but rather advertisement revenue. Certain sites have systems in place which allows authors to limit content as pay-to-access (e.g. first 10 chapters free, pay to read the rest), others allow users to donate to the authors via their website’s system, and yet others strike up a contract with popular authors which either grants them a portion of the ad revenue they generate, or pays them a regular amount for them to keep producing content for that website. Authors can also make money by transforming their characters into sticker packets for chatting apps like LINE or WeChat.

The main difference however is the low barrier to entry. There are no editors, and most sites allow pretty much anyone to submit and post their own webtoons, though you probably won’t make any money or become a paid author if you’re not popular. There is little in the way of filtering through editors and publishers – the internet filters itself. Anything goes, and what’s popular will eventually rise to the top. This opens up the path to a whole new level of creativity that was not there before.

Where to Read Webtoons Online

There are plenty of manga sites out there already for scanlated manga, manhua, webtoons, everything. I won’t be bothering with those but rather original content creation sites that allows users to submit their own original work for others to consume.

Naver’s English webtoon site is quickly becoming one of the biggest and most popular sites not unlike its Korean counterpart, featuring many big-name Naver titles translated to English as well as original content such as “Where Tangents Meet” and “Randomphilia.”

Tapastic is unique in that it is only content platform around that is offering pretty much all original English content, without heavy reliance on translated Korean content. They have a pretty decent collection of original English comics with gorgeous art, although the reading platform could be more smooth. They also tend to have more comics with short strips that are unrelated to one another, as opposed to one long, involved story.

From what I can gather, this site seems to strike deals with existing Korean webtoon portals and/or webtoon creators and obtains the legal right to officially translate them, then does so and hosts it on the Spottoon website. One of my favorite series, The Pale Horse, is hosted on here.

English version of LezhinComics below.

The biggest and only (?) site around for original Chinese webcomics. Some are full color, some are not, and styles can range from very Japanese to very Korean. Note that original webcomics published on U17 can be either in the infinite scroll format OR a more traditional, paginated format, with the majority of works being the latter.

Naver’s webtoon portal, created in 2004 right after Daum launched theirs. One of the biggest portals in Korea today.

Daum’s webtoon portal, created in 2003. One of the biggest portals in Korea today.

Independent Korean site focused solely on webtoons. They employ a content locking system where certain content is free and other content requires payment of “coins” in order to view, similar to U17’s VIP comics system. They offer English and Japanese versions of their webtoons as well, although like most portals the translated versions often lag behind the originals in terms of releases.

The comic industry is definitely moving towards the web, just as the TV industry has steadily migrated towards Netflix and other online streaming services. What remains to be seen is how the business and content distribution model will change from here on out.

Trends: Virtual Reality in Manga
Infinite Scroll for Webtoons
Reading Manga on a Tablet
The Difference Between Manga, Manhua, and Manhwa
How to Find New Manga When You’ve Read It All