Kaname is pretty mysterious. We don’t know much about him. What we do know is that when he was young his parents were forced to commit suicide before his eyes, after which he was kidnapped, abandoned halfway in the mountains, and managed to survive for two weeks on his own. 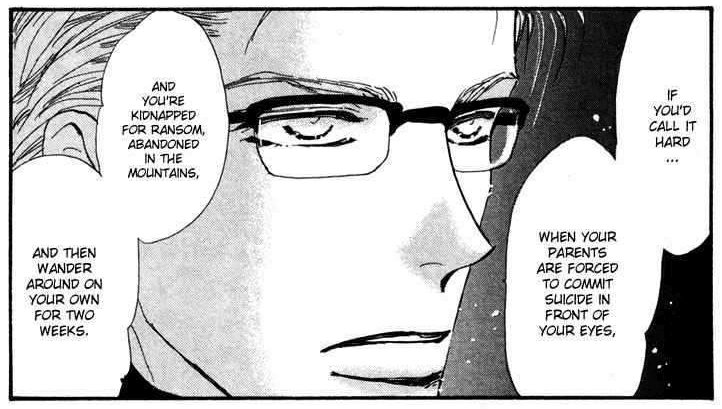 Kaname believes this experience made him stronger and tougher. It likely did. It also likely left him with some serious emotional scars.

Kaname is in denial.

I’ll repeat that again. Kaname is in denial.

What does that mean? It means that thus far in his life, Kaname has not been able to come to terms with the horrible things that happened to him in his youth. Let’s call that part of him Little Hurt Kaname. As a result of that, one of the beliefs he desperately holds onto is the fact that the experience made him stronger and better than the others around him. This is a coping mechanism. If he doesn’t hang onto the fact that his experience somehow made him superior, he would have to face the facts: that what happened to him is just plain horrible and shouldn’t happen to anyone, ever. But Kaname just isn’t able to deal with Little Hurt Kaname, so he doesn’t. 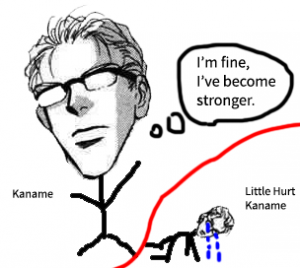 There are some other things we should know about Kaname. Kaname is a genius. He is a part of the cryogenics team that developed the cold-sleep technology, and we also know from Takashi that he skipped grades in college. He is well-respected and acclaimed. Unfortunately, all his outstanding prowess only fuels his belief, leading him to firmly root in his belief that he is, in fact, superior. 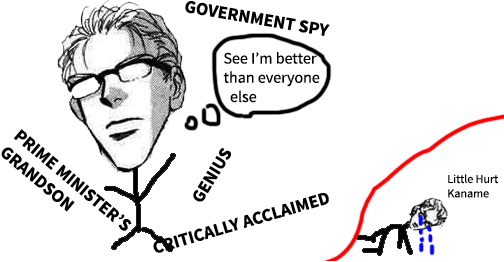 What does this mean for the 7 Seeds project?

As a genius and the grandson of the prime minister who conceived of the project, even though the 7 Seeds project had already begun without him, Kaname had a big say and influence in how the project was run.

Kaname saw himself in Team Summer A

Much like how parents often unconsciously push their own dreams onto their children, Kaname in some ways saw the Summer A kids as an extension of himself, and they gave his suffering a greater purpose. Their suffering made them stronger, made them better, and it all ended in a magnificent cause: to be the chosen 7 who get to go to the future and restore humanity. What greater purpose can there be? In a way, the success of Summer A would be the ultimate proof of Kaname’s existence, absolving him at last of his past hurts and confirming once and for all that it was all for the “greater good.”

Except, of course, that Kaname’s theory is bullshit. Because Kaname has been ignoring Little Hurt Kaname this whole time and, quite frankly, trampling on him to the point that even Kaname himself isn’t aware of his existence, he is completely blind to the fact that traumatic events can in fact traumatize people. I mean, it’s not like he’s wrong to think that overcoming challenges forms a tough body and spirit. We hear that all the time. He is simply unable to distinguish between “challenges” and “traumatizing events” because to him, there are only tough challenges and “tougher” challenges.

(Little Hurt Kaname could have told him differently, but as we know, he’s not listening.)

Couple this with a few other unexpected complications, and we have a recipe for disaster:

1) Kaname was alone, but Summer A was not. Yes, his parents died. But if Kaname’s trial was a 1st person survival game, Summer A’s was more like an athletic competition turned free-for-all shooter. Kaname did not have to watch a large number of friends die, nor did his survival depend on said deaths.

2) Summer A’s friends are more than just friends. All the kids in Summer A have known each other since birth, and aside from the teachers, have had only each other to rely on for 17 years. This makes their deaths all the more traumatizing.

3) Kaname was not betrayed. Evil kidnappers are evil. Kaname did not have to suffer the additional layer of pain that Summer A did when they realized that it was not kidnappers, but the teachers whom they respected and learned from for many years who were responsible for their plight.

4) Kaname’s situation wasn’t easily preventable. Sometimes awful things happen, and you gripe and cry and bawl, but in the end life threw you a curveball. Shit happens. This was not the case for Summer A. In fact, their shit was meticulously planned out and executed, and the whole time it was going on people they once respected and trusted were watching, able to stop it at any time. That kind of knowledge is devastating. 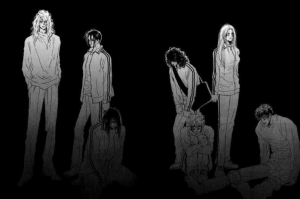 And this is one of the biggest pitfalls of Kaname’s theory. It’s impossible to “simulate” live trauma without the knowledge that it was done on purpose, and that adds an incredible layer of resentment, fear, and pointlessness to the original desperation for survival.

Perhaps the teachers would have done better to keep the secret from the kids until the end, but I’m not so sure how that would have gone, either. I have the feeling the smarter kids may still figure it out.

All in all, it ended in disaster, and Kaname was one of the first to realize that he messed up. 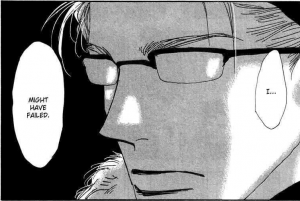 So what now? Well, Kaname has followed the seven there as the “Angel of Death.” He has realized, to some extent, that he was wrong, and attributes it to his lack of understanding of human connection and love, which is certainly true. Kaname has learned a lesson.

What he needs to learn next is that it is possible to recover from trauma. That love and connection is a powerful healing force, and it is possible to close up past emotional wounds and grow stronger in a healthy way. Once he has learned this he may finally be able to look Little Hurt Kaname and embrace him, and help Little Hurt Kaname to begin his journey to recovery as well. 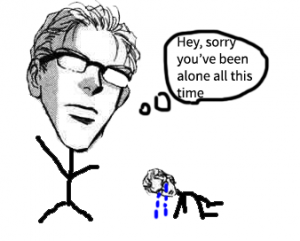 And, I believe, once he’s truly come to terms with this, he will no longer be haunted by the obsessive notion that his students have “failed” to become strong as they should, and recognize that within each of them lives Little Hurt Ango, Little Hurt Ryo, Little Hurt Ayu… et cetera.

3 Comments on 7 Seeds Discussion: Why Kaname Screwed Up So Badly