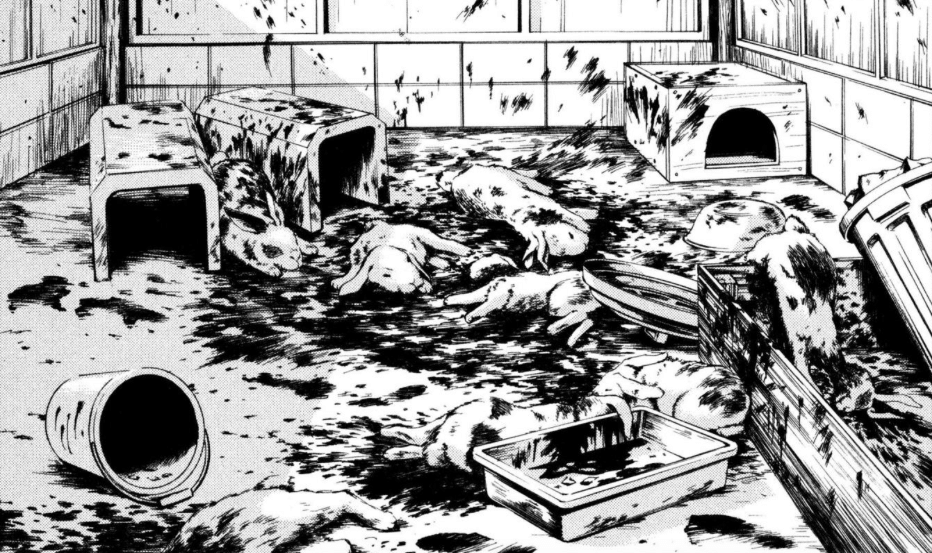 This has long since been a source of controversy amongst A Lollypop or a Bullet fans – did Mokuzu kill the rabbits, or did Kanajima kill the rabbits? I have my own reasoning, but first, let’s take a look at the evidence on each side. 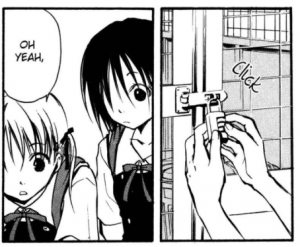 Mokuzu looking at the lock combination 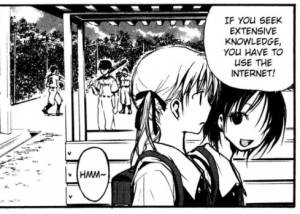 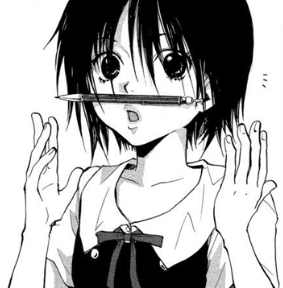 Mokuzu killed the rabbits out of a warped sense of love/hate and possibly a desire to monopolize Nagisa’s attention or destroy the things she loves. Kanajima found the scene likely because he had been paying extra attention to Mokuzu, and saw her in the morning near the rabbit hutch. When he saw Mokuzu in the classroom he got angry not just because of the slaughter, but also because she had been shunning him this whole time for Nagisa, and the rabbits were just more twisted proof of this. In a mixture of hatred, jealousy, and anger, he accused her but got framed instead, at which point he lost it and beat her up. The rabbit’s head was in Mokuzu’s bag out of some twisted sense of love, like how her father dismembered Pochi and left the head on top. 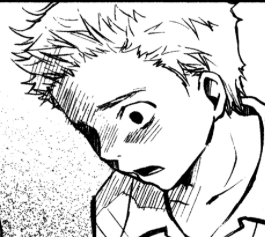 It’s still up for debate, but I for one believe Mokuzu killed the rabbits. There are a couple things we can deduce for sure:

If Kanajima did not know the lock’s combination, Mokuzu must have unlocked the rabbit hutch, since Nagisa always locks it when she leaves. This leaves us with the possibility that Kanajima slips in after seeing Mokuzu coming from the hutch in the morning (having decapitated a single rabbit), and slaughters all the rabbits then. 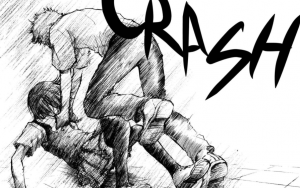 An enraged innocent? Or a cover for his guilt?

But why? Is the sight of Mokuzu and the thought of her tending after Nagisa’s rabbits enough to throw him into a rabbit-slaughtering rampage? That seems a little far fetched. After all, it is clear from his conversations with Nagisa later that he is angry at Mokuzu, not Nagisa, and he must know that this will hurt Nagisa more than it would Mokuzu. On top of that, he is aware that Mokuzu who usually comes late to school is early today, so he must be on his guard for something fishy… which means he’s likely to investigate, not rampage. The most likely time for him to have lost his head and go on a slaughter-fest was right after school, when he saw the two girls leaving together from the rabbit hutch, but that’s impossible if he didn’t know the combination. 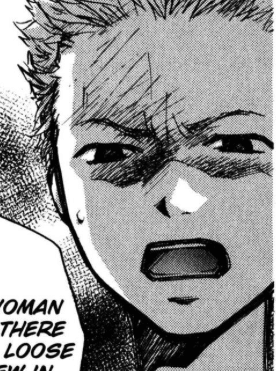 The clincher is this. If Kanajima were the one who slaughtered the rabbits, that means he accused Mokuzu to frame her. Either that or he suspected she took a rabbit head and just wanted to get back at her. However, Mokuzu brings up the police and the evidence in the hutch, which points to him, not her. If he had been the one who committed the crime, at this point (in his POV) his lies have been revealed, and it is far more likely for him to be caught off guard, stutter, seem lost for a moment than it is for him to blow a fuse. Much more likely that he snapped because he was telling the truth but couldn’t figure out how to get past her devilish tongue.

What Happened During the S&M Scene Then?

A common follow-up question is: if Kanajima wasn’t crazy, then what the hell was going on during that S&M scene afterwards? 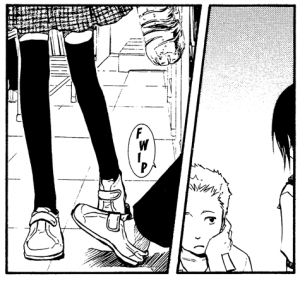 I believe Kanajima was pulled into a downward spiral ever since meeting Mokuzu. The first day, he tripped her. Some people say this is proof that he was already mental to begin with, but I respectfully disagree. At the age of 13, kids can be cruel, and this does not necessarily indicate mental health issues. He may have just wanted to mess with her a little bit, attract her attention, or simply play a prank. None of the kids knew about her disability then, and it’s clear the whole class thought she was strange and even laughed along. Kanajima probably thought she was pretty but weird. If she had been the typical shoujo girl who was just somewhat weird/geeky/antisocial etc., it could easily have developed into a cute love story.

Unfortunately, Mokuzu is much more battered and twisted than the average “eek I have no friends!” heroine. When Kanajima plucks up his courage to invite her out, a typical heroine who is not interested in the other party might: 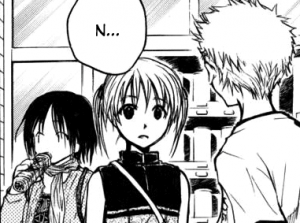 Mokuzu acts oblivious when found out

However, Mokuzu’s response diverges from all of those in its total indifference. She just. doesn’t. care. The above reactions may be upsetting, but they all show some sort of awareness of the guy, whether it’s negative awareness (disgust, fear) which leads her to avoid him, or using the guy as a stepping stone to bolster her own superiority complex. It may sound awful, but even negative attention is a form of attention. 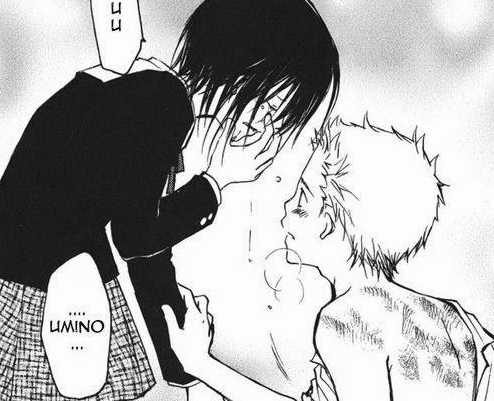 The most obvious, respectful thing to do, of course, would be to just reject the guy candidly. Mokuzu doesn’t do that either – she strings him along, and then ignores him and even ditches him. The strange part is that she doesn’t do so out of either a weak ego (where she toys with the guy to make herself feel better/superior) or discomfort with his affections. She simply does it, and observes, and when it hurts Kanajima she doesn’t care and even enjoys it out of some twisted cruel sense of self which can no longer distinguish between hate and love.

I believe this is what drives Kanajima over the edge. By the time the rabbit incident occurs, he in many ways looks down on her as dysfunctional and loathsome, yet can’t rid himself of his attraction to her. When he finds out after his suspension about her abuse, he is shocked and truly remorseful, yet the original feelings remain deeply rooted. This conglomerate of guilt, remorse, disgust, and attraction is what leads him to behave in a masochistic manner and say conflicting things like “I’m sorry” and “You’re dirty” in his final encounter with Mokuzu.